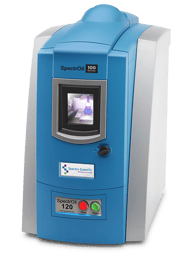 Elemental spectroscopy is the backbone of an oil analysis program as it is widely applicable to a closed loop
lubricating system such as those found in gas turbines, diesel and gasoline engines, transmissions, gearboxes,
compressors and hydraulic systems. In practice, an oil sample is periodically taken from a system and analyzed. The resulting data, when compared to previous analyses and allowable limits, may indicate a sound mechanical system showing only normal wear, or it may point out a potentially serious problem in its early stages. With this advanced warning, steps may be taken to correct the situation before serious damage or injury occurs.

Spectroscopic oil analysis works by detecting the fine particles generated by relative motion of metallic parts in an oil-wetted system. Contaminants are also detected and lubricant mix-ups, or badly degraded lubricants, are identified by the concentration of additive elements. Multielement analysis, coupled with knowledge of the materials used to build the engine, often allows identification of a specific component in distress.

Table 1 shows that typical metal elements can be analyzed by spectroscopy and their typical sources. 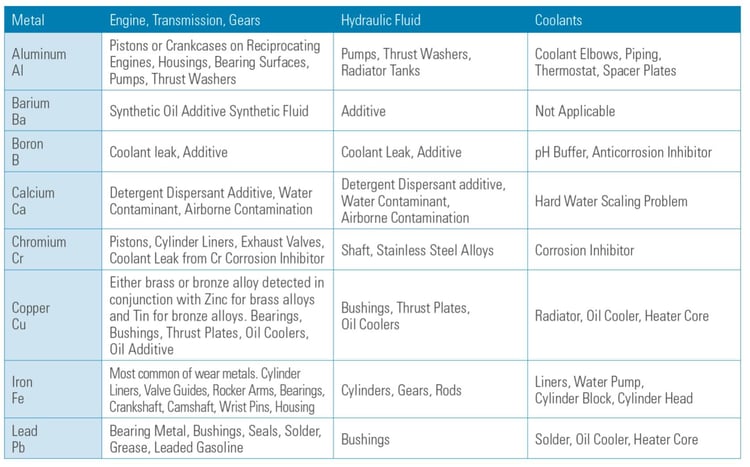 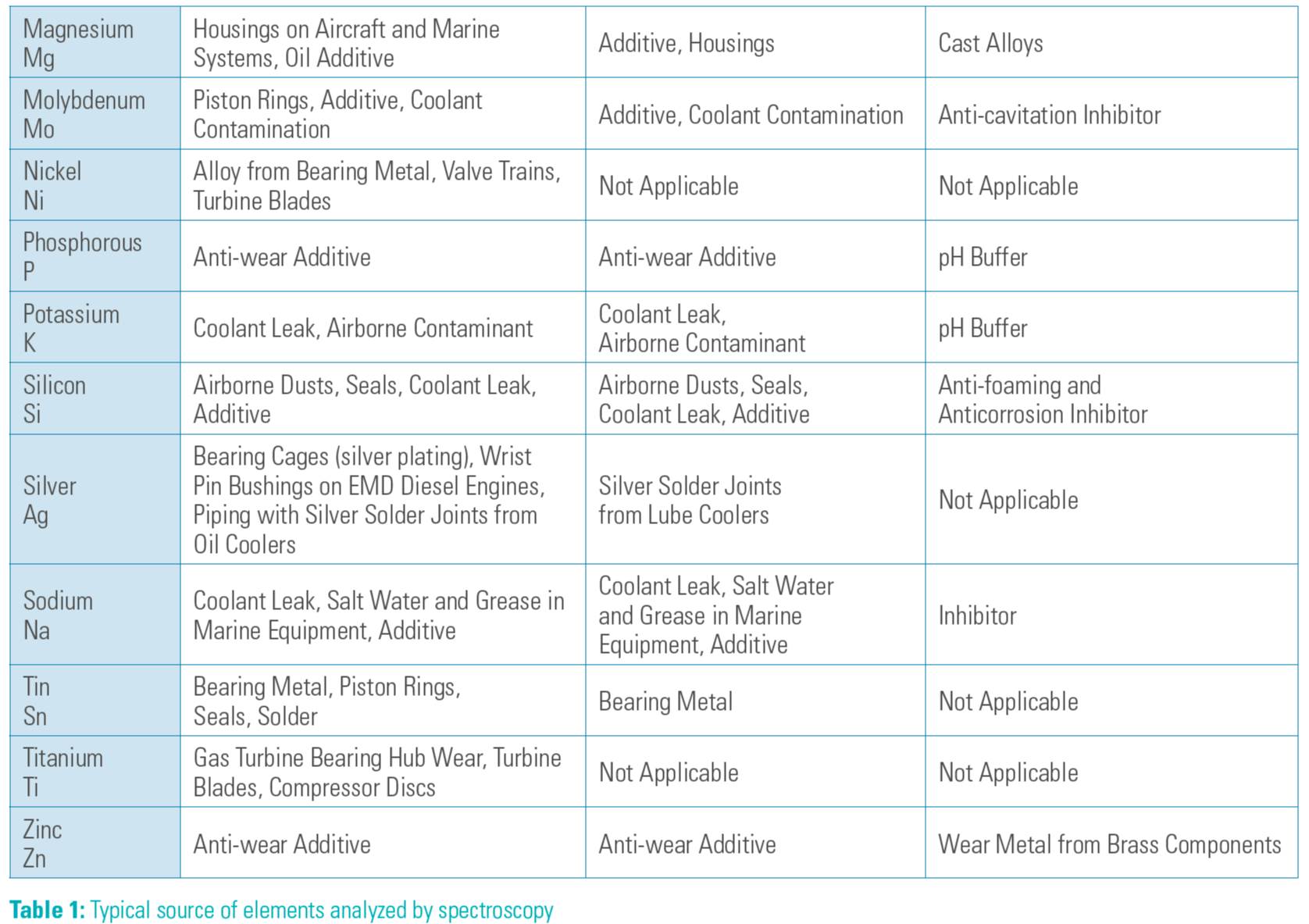 Spectroscopy is a technique for detecting and quantifying the presence of elements in a material. Spectroscopy
utilizes the fact that each element has a unique atomic structure, and when subjected to the addition of energy, each element emits light of specific wavelengths or colors. If this light is dispersed by using a dispersing element, such as a prism, a line spectrum will result. Since no two elements have the same pattern of spectral lines, the collected light can be analyzed and each element contained in the sample identified. Additionally, the intensity of the emitted light is proportional to the quantity of the element present in the sample, allowing the concentration of that element to be determined.

These spectral lines are unique to the atomic structure of only one element. For the hydrogen atom, with an atomic
number of 1, the spectrum is fairly simple (Figure 1). On the other hand, the spectrum of iron with an atomic number of 26 is much more complicated with many emission lines in the visible spectrum corresponding to the many possible electronic transitions that may occur (Figure 2). If more than one element is present in the sample, spectral lines of distinctively different wavelengths will appear for each element. These lines must be separated in order to identify and quantify the elements present in the sample. Usually only one spectral line among many is chosen to determine the concentration of a certain element. This line is chosen for its intensity and freedom from spectral line interference of other elements. To accomplish this, an optical system is required.