Techniques for Soot in Oil Analysis

Posted by Augustus Kaskons on September 30, 2016 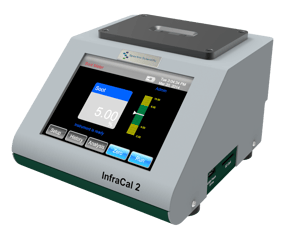 Since no engine is 100% efficient, products other than carbon dioxide and water will be formed during combustion. One such product produced from incomplete combustion is soot. Soot is a mass of mainly carbon particles that are typically spherical in shape. As soot levels rise, the soot particles begin to clump together and become more dangerous. The soot levels will continue to increase and the particles clump together until it reaches a level great enough to precipitate out of the oil. This precipitation will both increase the viscosity of the oil and attach itself to the engine surfaces which will significantly increase wear on the engine. This precipitation can also lead to filter plugging. Performing regular soot checks can realize cost savings by extending drain periods, reducing used oil disposal, and extending the life of diesel engines. 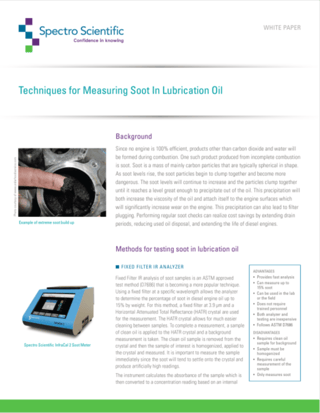 There are several methods available for both laboratory and field analysis of soot in diesel engine oil. The choice of methods depends on budget, precision, location of testing, time, and other factors. The most important thing is to consistently monitor soot contamination in the diesel engine oil in order to avoid unexpected downtime and equipment failure.

To read more about soot in oil analysis click here